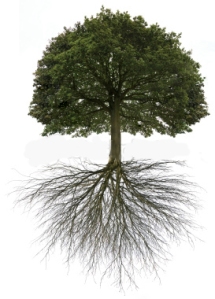 I voted last Tuesday.  I voted on who would be the next governor of New Jersey, on some local issues, which included local school board members, and whether or not we should raise the minimum wage to $8.25 per hour.

As I read through State Question #2, the one about raising the minimum wage, I thought to myself, Of course I’m voting yes to this, but are we serious, here?  What kind of difference is that really going to make?

Give just a second’s worth of thought to this:  If someone works 40 hours per week at $8.25 per hour, that grosses them $330 per week.  After taxes, we’re talking about $250 per week, or so.  Who can live on $1,000 per month in New Jersey?  You’re going to be very hard pressed to find a place to rent for less than that anywhere near where I live.

Here’s my point:  The kind of systemic change we need was not found anywhere near the ballot box in this last election.

Allow me to borrow an analogy from a talk I heard Dr. John Dominic Crosson give, not too long ago.

We all know what a well-run household looks like.  Instinctively, we know the difference between a well run home and one that is poorly maintained.  In fact, when I was a public school teacher, we were instructed that, if we suspected one of our students was being abused in any way, we were obligated, by law, to report this student’s situation to the authorities.  Apparently, we should know abuse when we see it.

So, if you were to see a household where there were ten children, and five of them were starving, under dressed, and deprived of education, while the other five were overdressed, overfed, and going to the elite, private schools, would you not feel compelled to call the authorities?  Would you not, at least, feel that the household in question was in need of some serious intervention?

What if nine of the ten children were overdressed, overfed, and attending the elite, private schools and only one child were starving?  For that one child, wouldn’t we scream loudly that something terrible was going on and demand the situation be fixed?

I had a “Facebook discussion” with a couple of people not too long ago about justice and what it means with regard to God.  Their firm stance was that justice refers almost exclusively to the punitive.  As such, God would be “just” to send us all to “Hell” but has chosen instead to offer a way out of this terrible, inevitable conclusion to each of our lives.  That way, of course, is by believing in Jesus and accepting him as our savior.

But what does it actually mean to “believe in Jesus” and to follow his “way”?

Christians see Jesus as the decisive revelation of God, meaning Jesus is seen by Christians as what a life filled with God looks like.  When we look to the life of Jesus, we can see very plainly the things that concerned him, the things he was passionate about.  At the same time, then, we can see the very things that concern God and what God is passionate about.  We see the character of God when we see the character of Jesus.

Jesus was concerned with the Kingdom of God–what the world would be like if God were King and the ruling, domination system authorities were not.  What would that world look like?  It would look like a world where everyone had compassion for one another, where we met each other’s needs, and where everyone had enough.

When a system is set up in such a way that an entire family could go bankrupt as quickly as a father or mother gets into an accident or gets cancer, and racks up hospital bills that drain the family of every bit of savings because they don’t have adequate health insurance, there is an injustice in the system.

When rent in a decent neighborhood with decent schools costs $1,200 dollars per month and minimum wage in the same town is $8.25 an hour (net less than $1,000 per month), do those numbers add up to a just situation?

When 1% of the people control over 98% of a nation’s wealth, how can that nation claim to be just, let alone a “Christian nation”?

What I’m talking about is bigger than just voting.

Scott Langdon is an actor, writer, and photographer living just outside of Philadelphia in Bristol, Pennsylvania with his wife, Sarah, and their dog, Watson. He can be seen on stages throughout the professional Philadelphia theater community or writing in one of his many favorite local shops in his beloved "Borough", where the only way they could get rid of him was to tell him there was a pandemic. He has a hard time knowing when he's not wanted. View all posts by Scott Langdon

A Public Sphere for Poetry, Politics, and Nature: over 400,000 monthly users